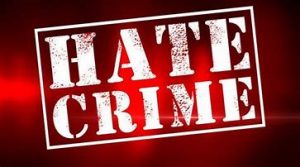 The definition of a hate crime is typically one involving violence, that is motivated by prejudice on the basis of race, religion, sexual orientation, or other grounds.

This can include hate crime against the homeless which has become common too.

Hate crimes can also be against people from different cultures or communities. Further reading available for Hate Crimes against travellers https://www.crimeandjustice.org.uk/publications/cjm/article/hate-crimes-against-travellers

If someone refers to your religion, ethnicity, disability or sexuality whilst verbally abusing or harming you they are guilty of a hate crime and this should not be tolerated.